“Use British-grown wood to restore Parliament”

“To genuinely try to use local material we have to start very early and look at what’s possible,” said Tom Barnes.

This September, Vastern Timber MD Tom Barnes joined the All Party Parliamentary Group on Forestry and Tree Planting, to discuss the role that British timber could play in the repair and renewal of Westminster.

Tom told the group that early planning was essential.

Noah Bold, Sustainability Lead at the Houses of Parliament Restoration and Renewal Delivery Authority, said it currently costs £2 million per week just to keep on top of repairs at the Palace of Westminster. MPs are expected to debate the details of an enormous repair programme in early 2023, before the project team can specify the materials needed and then move towards procurement. He said said sustainability was very high on the project team’s agenda and it was committed to using as much home-grown timber as possible, and highlighted past occasions where timber imported from inappropriate global forests had been used in the UK and generated negative publicity. 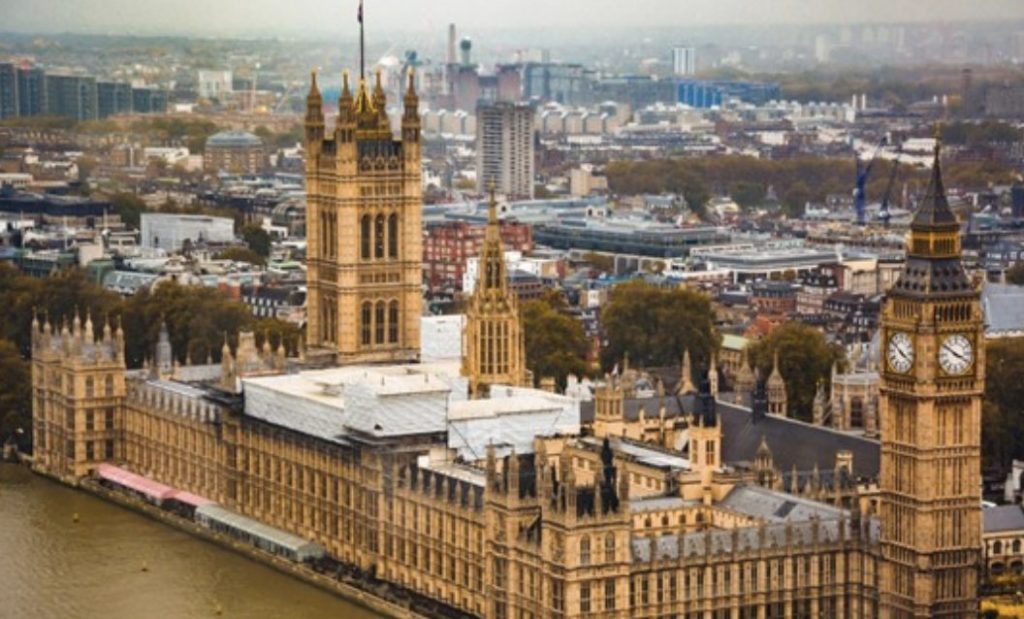 Ben Lake MP, Chair of the APPG on Forestry and Tree planting had himself recently moved offices at Parliament due to the ongoing repairs at the Palace of Westminster. He asked how can British timber be used in the renewal and restoration, and mentioned the ‘hammer beams’ of the halls of Westminster, which dated back centuries. 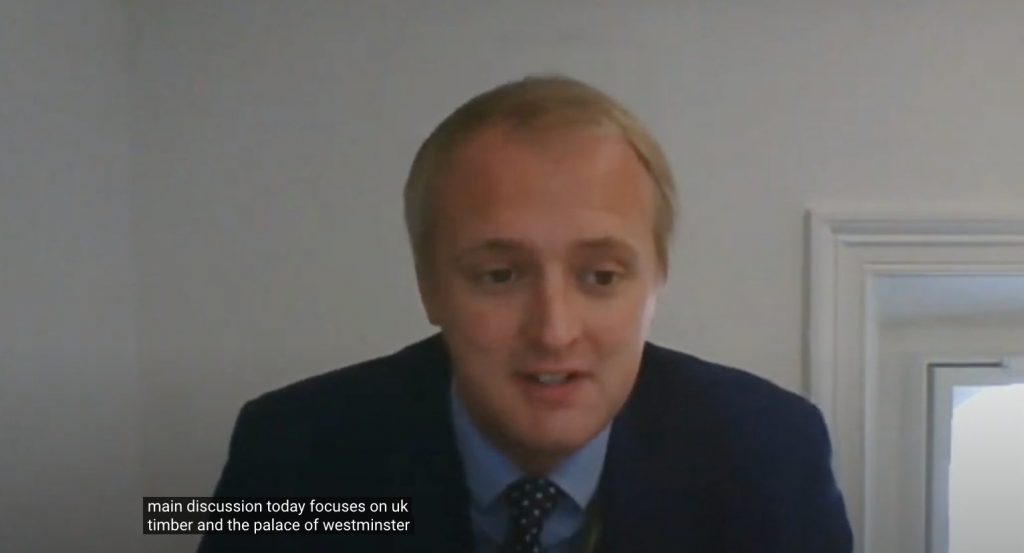 Caroline Ayre, Confor’s National Manager for England, said that when the oak beams were procured for the hammer beam roof in Westminster Hall in the 14th century, hardwood trees did not have the same challenges from pests as today. Dainis Dauksta, a Consultant at WoodKnowledge Wales, said it could be difficult to get large quantities of high-quality hardwoods and suggested technology had a part to play, by creating facilities to make engineered timber products like glulam.

Tom said “to genuinely try to use local material we have to start very early and look at what’s possible.”

He mentioned a Tower of London restoration project, in which Vastern Timber supplied English oak to restore the Tower drawbridge. He said that project began with a very clear aim of using British grown timber. 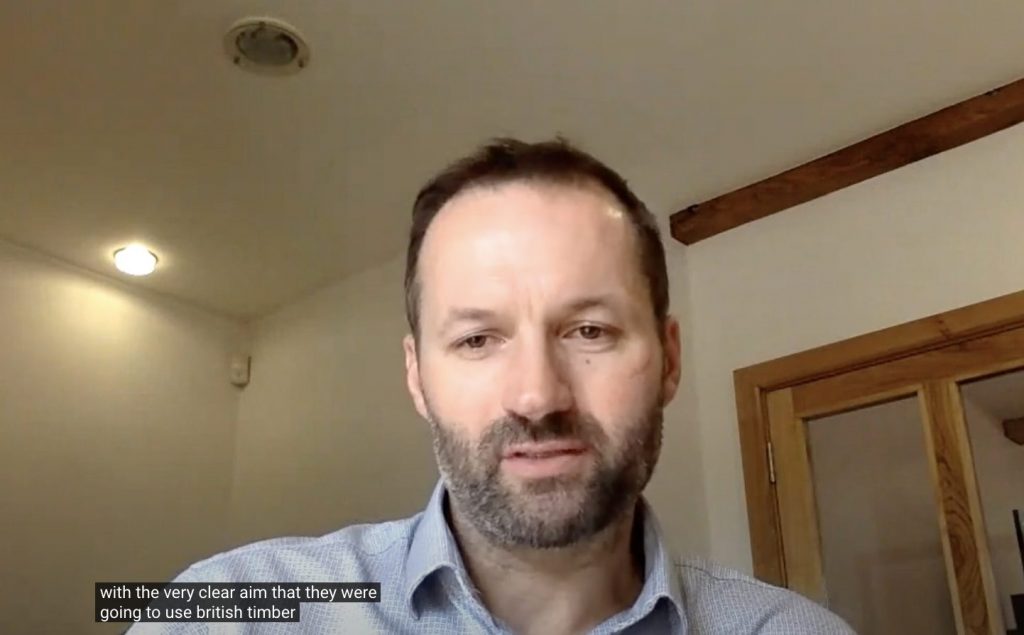 He said its important to take time to look at what was out there – rather than specifying something ‘perfect’ for the Palace and then having to go abroad if it wasn’t available in the UK. When asked if the UK had a big enough hardwood resource to supply such a huge project, he said: “If you give us a few months’ notice, absolutely not. We can do much more with a longer lead-in. But it’s hard to say until we know exactly what’s needed.”

He encouraged the project team to “explore the supply chain, talk to the forestry industry and find out what’s possible”, and urged the project team not to over-specify. “If we want British timber throughout, including for joinery, let’s not over-specify. Let’s allow a few defects and a few knots; let’s use what’s out there.”  Tom said that going back to when the palace was first built, that would have been the approach that was taken. “They started from the point of view of ‘what have we got?’ and then ‘how can we use that?’. ” Tom said this is why older buildings often have bent timbers used as beams.

“I would like to see us genuinely try to use local material for this building because, in my view, it would be a crime if we didn’t. But to do that we have to we have to start very early and really look at what’s possible”

Find out more about the meeting and watch the discussion here: https://www.confor.org.uk/news/latest-news/appg-discusses-role-of-timber-in-restoration-of-westminster/

Oak flooring for a Cotswolds farmhouse