Grown in Britain is a government-backed initiative that aims to improve the management of our woodlands through private sector funding and increasing the demand for products derived from British woodlands. The culmination of phase one was Grown in Britain week which ran from 14–20 October with more than 80 successful events across Great Britain.

As one of the largest processors of British hardwoods and specialist softwoods in the UK, Vastern Timber volunteered to host a unique seminar and open day which would bring together those that manage our woodlands and those at the other end of the supply chain that specify and use the finished wood product. The aim of the day was to build a stronger connection between all parties. 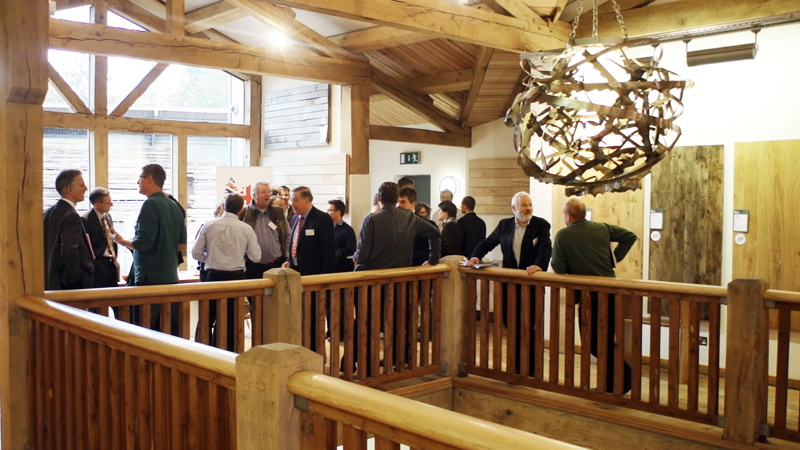 The event, ‘Building Connections: Architecture, Design & British Woodlands’ was held in at the company’s Wootton Bassett site, and was set amongst a display of beautiful furniture designed and made by two of England’s leading makers – Matthew Burt and Bates & Lambourne. 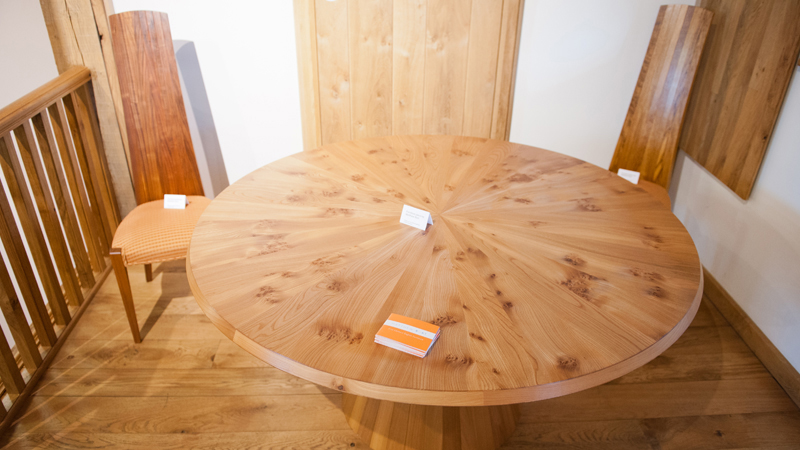 The guests included architects from some of our leading practices, architectural technologists, oak framers, timber merchants, shop fitters, furniture makers and foresters. They were treated to passionate presentations by Jim Blackburn of the Timber Frame Company and Matthew Burt, who both made strong arguments for the use of British grown timber. Jim related to practical factors such as price stability and reliable grading as well as an ethical belief in using local products, while Matthew used photographs of his stunning work to demonstrate why the character and beauty of native hardwoods are always his first choice. 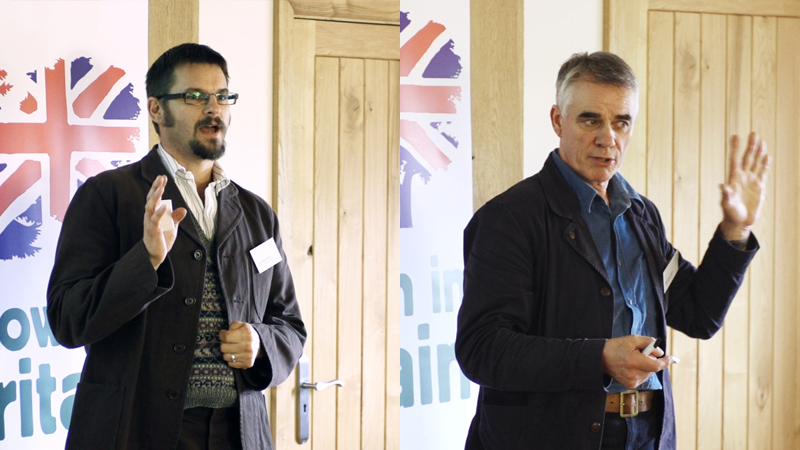 Dougal Driver, CEO of Grown in Britain, made a strong case for supporting the initiative and undoubtedly created a good few new supporters in the room. In his characteristically energetic way Dougal gave a summary of the week and highlighted a few quotes from influential speakers including Rt Hon Owen Paterson MP who stated that “it dares and it does! A huge achievement that will help the rural economy enormously”. 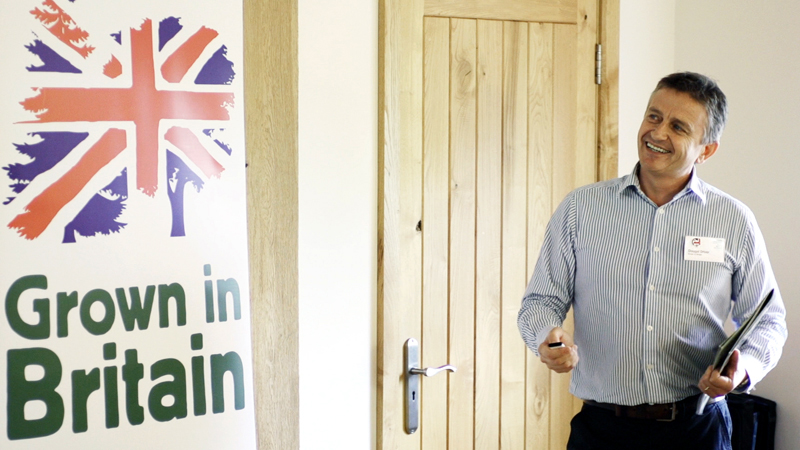 The keynote speech was given by Tom Barnes of Vastern Timber who represents the fourth generation of the family business, now 108 years old. Tom set the scene by describing the serious lack of management in the 72% of British woodlands that is privately owned and was clear that we face a “use it or lose it” choice.

After explaining why Vastern Timber has continued to support British forestry by purchasing 90% of all their raw material from Great Britain, Tom set about persuading the architects and users of timber in the room to design British wood into buildings and interiors of the future. It wasn’t all statistics, facts and figures – instead Tom covered concepts such as the resurgence of patriotism and the ‘real’ sustainability of buying locally. The memorable quote of the day (which was instantly tweeted) was, “don’t be British about asking for British”. 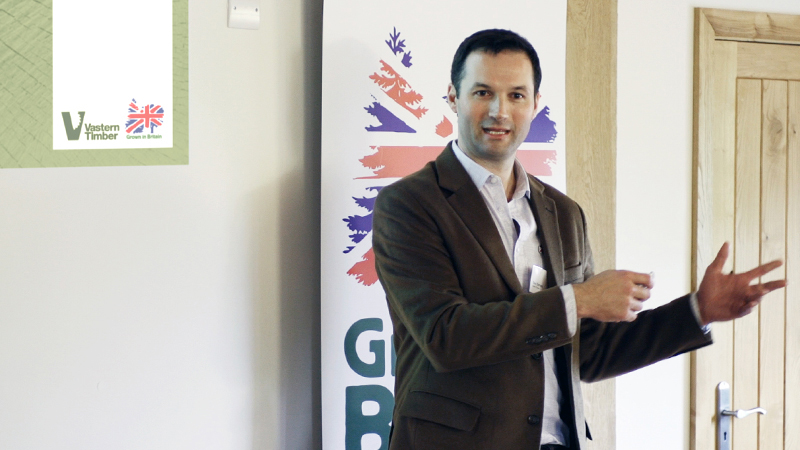 After a quick lunch, the guests were split into groups and given two questions to consider , “What are the barriers preventing the use of more British timber?” and, “what information and in what format would encourage architects and designers to specify more British timber?”

It is not an exaggeration to say the temperature in the room rose a few degrees as the debate progressed, however everyone without exception worked positively to develop solutions to the problems. Issues such as lack of supply and unwieldy grading rules were met with ideas including: web based sales platforms, greater collaboration between producers, the use of QR codes to increase traceability and user-friendly guides to products and grades.

The conversation could have carried on for hours and there was even a request to return to continue the discussion, but a tour around the sawmill had been promised and there would have been a few disappointed people had it been missed. 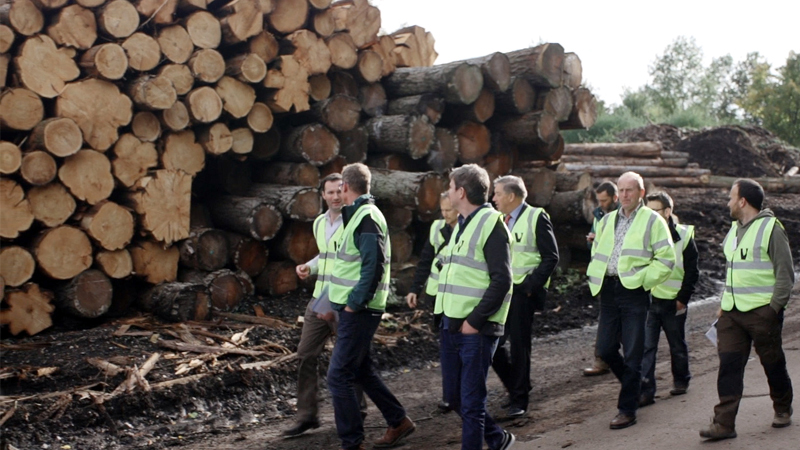 “Excellent”, “Highlight” and “Interesting”, were some of the words used to describe the day. This, combined with a small amount of duress from Dougal Driver, has persuaded Vastern Timber to host an annual event which will be held during Grown in Britain week.