Following Government guidelines we are open to service trade customers, who can select and collect timber by appointment. We ask that all visitors wear masks indoors and outdoors when on our premises.

Our customer showroom is closed. For cladding, beams, plank and flooring we can take orders by phone and email. Collections only by appointment. Deliveries are limited to sites with easy access and forklift offload or a minimum of two people on site for manual offload.

Please do not visit our sites without an appointment and a mask. 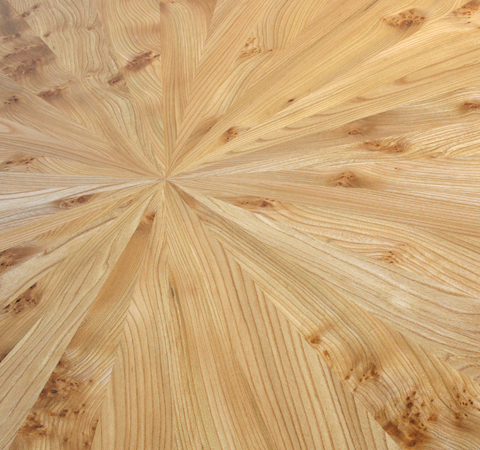 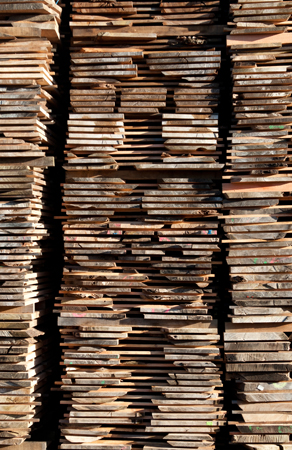 Many varieties of elm are to be found throughout Europe, though with differing levels of abundance. When elm was in plentiful supply, the varieties were often separated for specific uses, with red elm being favoured for its grain and wych elm for its strength.

Since the onset of Dutch Elm disease, however, the availability of elm has been in terminal decline and the tree has all but disappeared in central and southern England although small enclaves continue to exist around Brighton and Cambridge with parts of Scotland also having fared better.

Despite this tragic disease, we are able to maintain some of the largest stocks by combining British and European grown elm.

Appearance
Waney edge boards of elm will be supplied with wane (bark) on one or two edges. The boards tend to be quite short (1.6 – 2.5m) but reasonably wide.

The creamy coloured sap wood of elm is narrow and contrasts with the heart wood which ranges in colour from a pinkish brown to mauve. Much of the elm available is of the wych variety which includes streaks of green and dark purple.

The grain can be quite wild and the mixture of species results in a wide variety of colours. This can, however, be overcome by selecting planks from the same log.

Elm is an inherently unstable wood and is prone to distortion during drying.